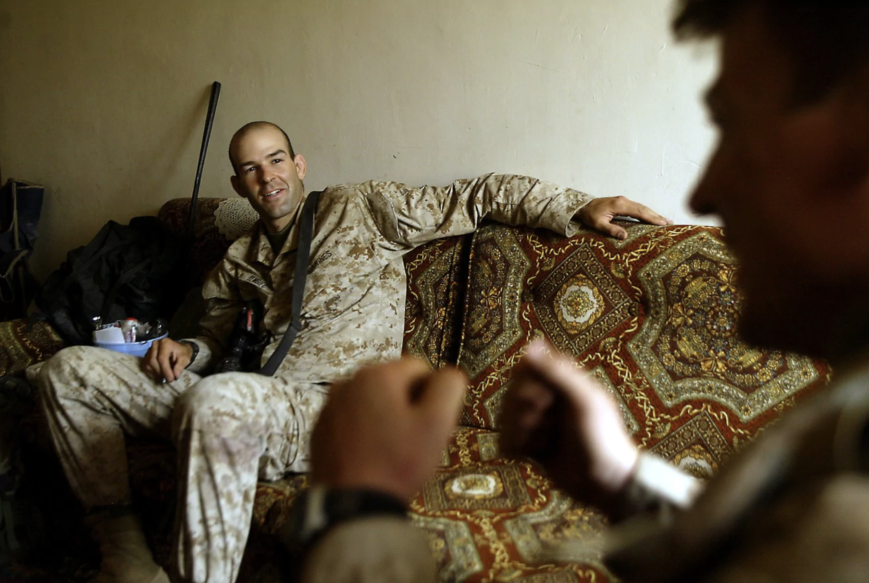 CrossLead has grown and evolved over the years and there are probably a few people that have never heard the story about the genesis of CrossLead and its connection to Major Douglas Zembiec (USMC).

Doug was a friend and someone that many of us looked to as The Standard of Excellence. The attached article summarizes a fraction of the man’s life, so I thought I would take a moment and honor Doug’s memory with a brief summary on his impact on CrossLead.

In the spring of 2004 Coleman Ruiz (my college roommate, SEAL colleague, and best friend) and Doug Zembiec (One of Coleman’s best friends) were sitting in Coleman’s living room in San Diego. We were talking about our recent experiences in and around combat. Doug had recently returned from Iraq where his Marine Infantry Company had suffered horrific casualties in the first battle of Fallujah. In the course of the discussion Doug posed a series of questions that would plant the seed that would ultimately blossom into CrossLead.

What would our generation learn from this war?

How would we capture those leadership lessons?

How would we translate them back into society to make our communities a better place?

Doug was a patriot and he hated any talk about how America’s finest days were behind her. Doug believed that a strong America was fundamental to a better world. His hypothesis: America was a great Country in no small part because previous generations had served during times of need, they had learned invaluable leadership lessons, and they found a way to translate those lessons back into their communities to make them better. This conversation would be the seed idea in what eventually would become CrossLead.

In 2007, in an alley in Baghdad, Doug would make the ultimate sacrifice to the country that he loved. To honor Doug’s memory and the generations of Veterans that came before us we would attempt to try answer Doug’s question by starting a company whose purpose is to help Teams and Leaders achieve optimal performance. Over the years, CrossLead has grown and it’s impact has been experienced by a number of Global Companies large and small.

I believe that what we do everyday with our clients is our attempt to answer Doug’s questions.

Share this ArticleLike this article? Email it to a friend!
Email sent!
This site uses cookies and similar technologies to help us understand how you use it, improve performance and provide functionality. By continuing to use this site you are giving us your consent to do this. You can learn about your choices by reading our Cookies Policy