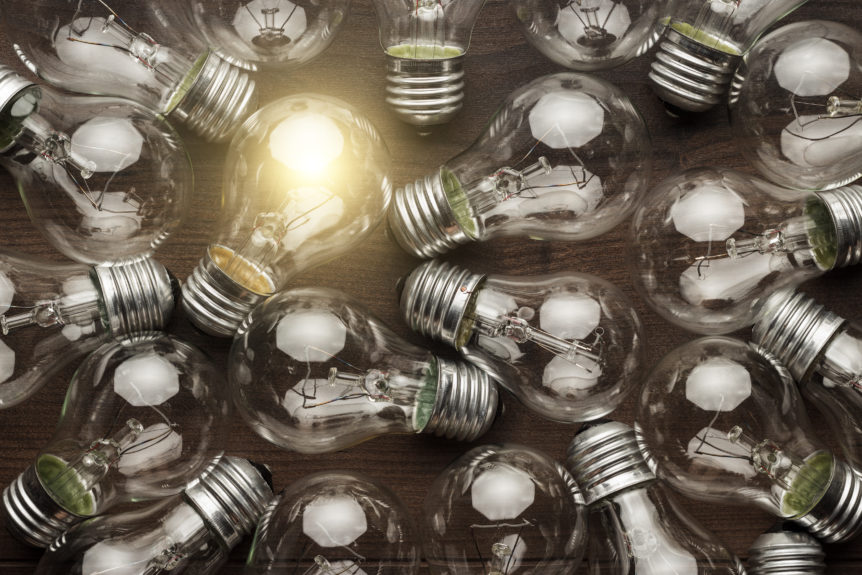 If you aren’t a macro-economist, you could be forgiven for missing a recent trend in the U.S. economy: declining growth in productivity. That’s right: you as an American employee are producing barely a tiny bit more per unit of your input (i.e., an hour of your labor) than you did a decade ago — at least according to the macro-economic statistics.

Maybe this doesn’t sit right with you: Look at all the cool gadgets, tools, and machinery that companies have invested in during that time! Check out how many people at my own company both have and use smart phones regularly — to check email and do work even while in commute! Take a gander at the reductions in headcount at my firm yet the consistent overall output!

For better or worse, economists don’t like anec-data. They see the big picture, and the big picture they are staring at is a labor productivity line that has flattened out despite an increase in industrial investment in machines, devices, buildings, etc. (“physical capital”) that better leverage labor (“human capital”). This matters because an increase in productivity tends to be a leading indicator of improving living conditions. As Paul Krugman, Nobel laureate in economics, noted:

“Productivity isn’t everything, but in the long run it is almost everything.”

So what the heck is going on?

There are many theories regarding why these trends have arisen despite our dissonant observations: mis-measurement, catch-up (or correction) for the high productivity gains achieved in recent decades, and reduced labor mobility are a few that are commonly cited. Going back a few decades, Robert Solow sagely noted:

“Computers are everywhere, except in the productivity statistics.”

What is sometimes overlooked in these discussions is the broad scope of “technology.” Economists David Byrne, John Fernald, and Marshall Reinsdorf note that the “low-hanging fruit” of a wave of IT-based investments in the 1990s through early 2000s had been plucked by the 2010s. But technology per se is not limited to “IT-based investments” in physical capital; it also involves operating methods and ideas for better leveraging other resources available. These sources of productivity improvement — a combined investment in intellectual capital, human capital, and limited physical capital — provide the greatest promise for productivity growth in American businesses in the next few decades.

Odds are that you will get the highest improvement in your organization’s productivity NOT by investing in a shiny new machine or spiffy device; you will benefit most from implementing a method for ensuring that individuals and teams optimally coordinate, communicate, collaborate, and keep tabs on the changing environment. This is especially critical for firms in dynamic fields: time spent on products that are behind the market is nothing more than a wasted asset.

As a culture, the U.S. tends to focus heavily on the sexy new devices (“technologies”) that will magically improve employee productivity, at the expense of overlooking the much more substantial productivity gains that can be generated by improved operating procedures (“techniques”). To cite a familiar example, Toyota leveraged this focus in the 1960s and 1970s by establishing robust processes within its auto-production teams, while U.S. manufacturers focused on muscle and flash. Within a decade’s time, they had nearly wiped U.S. auto manufacturers off the face of the planet. Toyota’s team processes altered the very way that individuals (human capital) interacted with each other, so as to drastically improve productivity, quality assurance, and a host of other valued outcomes.

The untapped opportunity lies in doing the same across teams at the enterprise level — that is, across individuals and teams. With little to no investment in “physical capital,” an organization can vastly increase its productivity by investing instead in “techniques”: in norms for behavior, procedures for interacting and sharing information, and operating principles that guide activities to higher-order goals. This is likely to be the most productive investment that companies can make in the coming years to improve their own productivity.

Let’s take a simple example: At CrossLead, we advocate a certain set of principles and practices within and across teams that help the overall enterprise become and remain adaptable. These principles and practices reduce employee time spent on outdated projects, cut down on duplication across teams, better enable coordination, and enhance the overall firm’s ability to adapt quickly as the market environment changes. This ultimately results in fewer hours spent in fruitless meetings, less time spent on projects that are effectively defunct, and less frustration and detachment from employees who feel disconnected to the work they do on a daily basis.

Adaptability is a critical capability of modern organizations, and the best way to be adaptable is to optimally leverage ALL forms of capital — especially your ideas, standards, and procedures. The next big improvement to productivity will rely on ways to more rapidly advance, respond to, and leverage changing market circumstances. *This* is the way to improve your per-hour employee productivity. Yes, physical capital can play a role, but the cornucopia of low-hanging fruit that remains is in the operating procedures at the enterprise level. Investment in devices and machines gets you only so far (efficient “know-how”); investment in behaviors that better leverage and align teams’ efforts gets you much farther, much faster (effective “do-how”).

Share this ArticleLike this article? Email it to a friend!
Email sent!
This site uses cookies and similar technologies to help us understand how you use it, improve performance and provide functionality. By continuing to use this site you are giving us your consent to do this. You can learn about your choices by reading our Cookies Policy